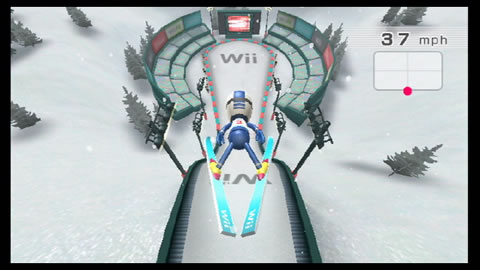 Despite my initial skepticism, Wii Fit Plus is actually quite the enjoyable experience! Not only does this game feature a myriad of surprisingly addictive mini-games and aerobic exercises; it is much larger in scope than the already popular Wii Fit package. It does exactly what a sequel should do and it'll whip you into shape even more than its predecessor! Feel the burn, baby! Feel the burn!

Overview: Although I have known about Wii Fit Plus for quite some time and even bought the game for my wonderful girlfriend Sandy, I didn't actually get the chance to play it myself until a few evenings ago. It had been a couple of years since I had tried out the classic Wii Fit game and, while both games are actually more enjoyable than many of us "macho gamers" would probably like to admit, Wii Fit Plus has honestly become a fun little guilty pleasure of mine. Sigh...the power that women have over us. ;)

Seriously though, Wii Fit Plus is actually a very enjoyable fitness game that you can easily enjoy with family and friends. Despite the lack of a real multi-player option, you can easily switch between personal profiles which is nice considering some of these aerobic games are going to wear you out! Both of my hamstrings are still sore from the ten-minute running exercise I did a couple of nights ago. But that's not necessarily a bad thing. I think that it is really cool being able to get some genuine exercise...especially considering the chilly winter temperatures here in Utah at the moment (I've been in Arizona the past ten years so I have become increasingly wimpy in terms of cold weather.)

Back to Wii Fit Plus, this game, in addition to allowing you to create your very own personal profile, keeps track of your BMI, weight, time spent exercising, and approximate number of calories burned. All of these tools are rather helpful and give you new insights into your health and balance (I tend to lean too much to the right apparently.) And while you wouldn't think that the Balance Board would allow you the freedom of movement necessary to truly get some good exercise, you might be surprised. Several activities such as running in place along with many of the game's yoga exercises don't require the Balance Board which gives the game a nice sense of balance (no pun intended). I was somewhat skeptical at first but the Balance Board truly is a nifty peripheral for the Wii. It uses a unique formula of monitoring your balance and body weight and is quite intuitive really. Technology sure has come a long way since the NES Power Pad days, eh? Although nothing can honestly beat the Kinect peripheral for the Xbox 360 console, just remember that Nintendo paved the way with their own wireless technology first. I'm just saying...

As far as actual games go, Wii Fit Plus is chock-full of some surprisingly playable and addictive mini-games! The Ski Slalom and Sky Jump games are a couple of our favorites. The Slalom is a lot of fun as you bob and weave between flags on a downhill slope. I could play this game for hours on end. The Ski Jump, while incredibly simple, is equally addictive. I simply can't get enough of this game! You basically crouch all while trying to keep a good center of balance. By doing this and keeping your position inside a blue dot in the upper-righthand portion of the screen, you can gain incredible speed! Once you hit the small red area of the slope, you'll want to quickly stand on your toes all while keeping your balance in order to go super far! It may sound easy but keeping your balance can be pretty challenging at times!

Other enjoyable mini-games include the hula-hoop ones where you have to lean a certain way to catch hula-hoops all while twirling. And yes, you'll feel very awkward as you do this exercise but it's all in good fun, right? Another mini-game involves you leaning multiple directions in order to move small balls (with varying Mii character faces on them...weird) into holes. It's like that slightly annoying game on Warioware: Smooth Moves except it actually feels better in Wii Fit Plus if that makes any sense. Another game involves you attempting to manuever your Mii (who happens to be encased in a bubble) through some rugged terrain where one mishap could burst your bubble in quite the literal sense. The soccer header mini-game is quite fun too as you attempt to successful use your head to hit soccer balls all while dodging shoes and panda bear stuffed dolls.

This is just scratching the surface because there is a nice amount of content in Wii Fit Plus. In addition to some of the aerobics and balancing mini-games, there are strength and yoga conditioning drills designed to hone your strength and straighten your balance. In the end, this game truly contains pretty much everything you could hope to find in a fitness video game. Nintendo definitely took the balanced approach when developing Wii Fit Plus (no pun intended). 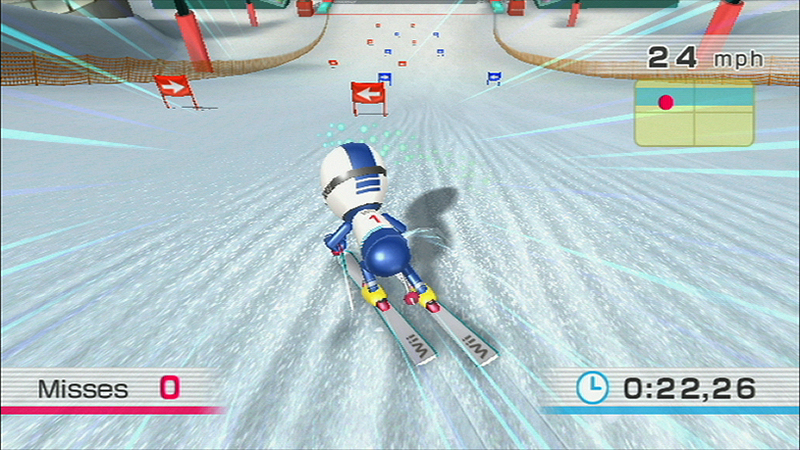 Graphics: Overall, Nintendo did a nice job in the visual department in Wii Fit Plus. The graphics in this game remind me a lot of the Wii Sports games with their simple, cartoonish style, nice backgrounds, and pleasant atmosphere. Everything looks pretty good for a Nintendo Wii game as well. The ski mini-games with their snow-capped mountains backdrop and invigorating feel might be my personal highlight of the game. To be fair, these aren't exactly world-class, state-of-the-art graphics that harness the full power of the Nintendo Wii. But for a simple fitness game, I think that they are more than adequate.

The animated aspect of this game's graphics are very Wii Sports-like as well. There is definitely a humorous element present in Wii Fit Plus and even when things don't go your way, you'll have a tough time holding back a laugh or two. This game, while having the serious goal of giving you insight regarding your health and balance, at least throws in some humor to keep things light-hearted.

Music: For being the type of game that it is, Nintendo once again showed a nice amount of effort in terms of the game's soundtrack. Nothing really leaps out at you but all the tunes are actually quite nice. The tune that plays after you put together a marvelous performance is very happy and pleasant while the sad, somber melody that plays after an abysmal performance will at least give everyone except the main player a chuckle or two. The humorous, somewhat quirky nature of the game's graphics is certainly reflected in some of the game's music too. At least Wii Fit Plus features a variety of music. It's nice to see that in a style of game where the lazy, easy way out might have been a slight temptation.

Play Control: Nintendo games designed for the casual gamer have typically scored well in the controls department and Wii Fit Plus is no exception. The on-screen hints and tools are always explaining things clearly and concisely so even non-gamers should have no trouble enjoying Wii Fit Plus. The Balance Board is accessible to anyone with a pulse and is remarkably easy to use. You'll be standing on it, stepping on and off it, twisting and leaning in different directions on it, and using it for some Yoga stances among other things. It never really gets all that complicated though thanks to the clear instructions always present on the TV screen. Wii Fit Plus certainly qualifies as one of the more user-friendly video games on the market which is huge considering that the game caters mostly to the casual crowd.

Challenge: With a plentiful amount of gameplay options and mini-games present, Wii Fit Plus is a game that will find a way to challenge you in some way. Whether it is a matter of trying to run faster or twist more quickly or simply stay balanced, this game does a nice job of pushing casual and hardcore gamers alike! If you are dominating certain mini-games, Advanced or even Expert modes will suddenly become unlocked...beckoning for you to try your luck on them. For a completely different set of challenges, you can also set goals in terms of your weight! For example, you can set a goal of losing 2 pounds in 2 weeks or whatever you feel is reasonable. And in terms of replay value, this game has enough meat to keep you coming back time and time again. Since Wii Fit Plus keeps track of the ten best scores on all of the events, gamers with a competitive spirit will constantly be trying to top each other's high scores. How can you ever go wrong with some friendly competition?

Funfactor: As far as Nintendo Wii games go, Wii Fit Plus has to rank among the most pleasant surprises. I really didn't expect much more than an average attempt at making a fitness game but Nintendo really went all-out, particularly with this sequel! This game is quite enjoyable and even somewhat addictive due to some simplistic yet fun mini-games. The fact that the game keeps track of your top scores doesn't hurt either. I have always loved it when games save your scores because it keeps you coming back and trying to do just a little better each time. The $15-20 price tag is very reasonable as well. If you already own the original Wii Fit game and particularly the Balance Board, there is no reason whatsoever why you shouldn't give Wii Fit Plus a try. You might be surprised at how fun this game really is!

Negatives: Unless you are expecting Wii Fit Plus to feature world-class graphics and symphonic music, you probably won't be disappointed with the game's visuals and sounds. Wii Fit Plus is very nice and pleasant graphically and musically...it just doesn't necessarily push the limits of the Wii console. And the Balance Board might turn off some gamers who are more accustomed to the free-motion "controls" of the Kinect Sensor. It's simply a matter of preference. Otherwise, Wii Fit Plus might actually be one of the few games out there that doesn't really have an inherent weakness. Who would have thunk it?

Back to Wii Wonders